The Catholic Community Service (CCS) Board of Directors consists of 15 members.  Board members reflect the makeup of the region at large.  CCS employees are not eligible to serve on the Board.  Each member of the Board serves a three-year term.
The Board's responsibilities include:
The Board holds as many regular meetings as is necessary to conduct CCS's business, but in no event, fewer than 6 times a year (and generally 10 times per year). 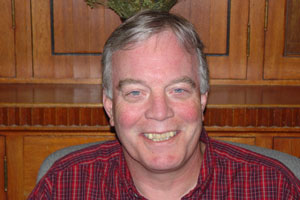 ​John Greely has lived and worked in Juneau for nearly 40 years.  A writer and editor, he works for the statewide non-profit Association of Alaska School Boards. Most of his professional career has been as a journalist covering Alaska politics, Juneau and Southeast Alaska. He is the co-author of a book, Juneau Portrait. He has also served on the staff of three elected officials, including a former governor and a lieutenant governor. John is married and is the father of two grown sons. He enjoys outdoor activities and athletics. He has served on the CCS Board of Directors since January of 1999.  John is the current CCS Board President. 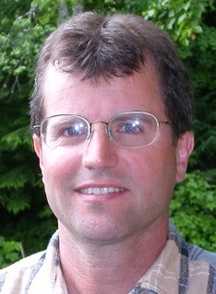 Vincent Hansen
Vice President
​Deacon Vincent Hansen has lived in Haines, Alaska since 1999; working as Executive Director, Administrator and founding board member of Haines Assisted Living. He has also served the elderly of Haines as a board member, treasurer and volunteer for Hospice of Haines, as an officer of the Haines Volunteer Fire Department, and as a Catholic Deacon. He operated his own community development/government consulting business after serving as the Haines City/Borough Manager from 1999 to 2003. Prior to that time he worked as an Administrator for State of Alaska job training programs. Deacon Hansen holds a Bachelor of Science in Business Administration/Finance from the University of Montana and also attended law school there. He has also served on the Board of Directors of Southeast Conference, Haines Dolphin Swim Team, Haines Friends of the Library, Haines Booster Club, and St. Vincent DePaul/St. Lucy Conference. He was a volunteer big brother and served as fundraising co-chair for Haines Bowl for Kids Sake, serves on the Sacred Heart Parish Finance Council, and is a licensed foster parent and private pilot. He is married to Jansy Hansen and has three grown daughters. 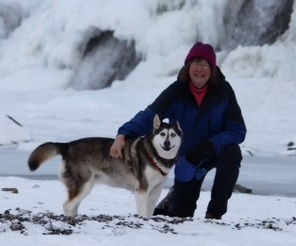 ​Pat Davidson moved to Alaska in the late 1970's to finish her accounting degree a the University of Alaska Fairbanks.  She moved to Juneau in 1980 and joined the Division of Legislative Audit.  Pat worked there for over 30 years and retired as Legislative Auditor in 2011.  Since retirement she has spent lots of quality time hiking on Juneau's hiking and dog walking trails.  Pat joined the Board of Directors of Catholic Community  Service in the summer of 2014.

Janet Burke was born and raised in Juneau and enjoys giving to the community. For many years, as a member of the music ministry team, Janet coordinated the Cathedral music program to ensure there was music for all masses. She has volunteered as the organist at the Cathedral for over thirty years. Janet has served as a Girl Scout Leader who taught many native girls the values of girl scouting and encouraged them to follow through with their education and personal goals. While on duty in Hawaii with her husband who was in the Coast Guard, Janet volunteered as a Patient Educator for the USPHS clinic in Honolulu. After returning to Juneau in the late 1980s Janet cared for her dad as he aged until his passing at age 102.  Janet has also spent time volunteering on the City and Borough of Juneau (CBJ) Social Services Advisory Board and as a member of the Juneau Lions Club working on projects to better serve not only Juneau, but our Region, State and Lions International Programs.  Janet retired after 26 years of federal service which included various jobs working for Dept. of Arm, Bureau of Commercial Fisheries, Bureau of Indian Affairs, U.S. Air Force, and U.S. Coast Guard. 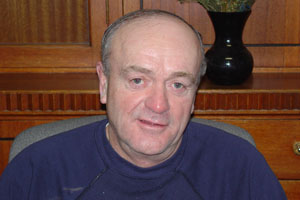 ​Jim Carroll moved to Juneau in November, 1966, with his wife. While raising their five children here, Jim was hired by the Juneau School District for 30 years, was part of the Juneau Volunteer Fire Department for 34 years, retiring as Chief in 2002, and for 14 years served on the Governor's State Advisory Council for Vocational Education, as Chair for 3 years. He has served on the CCS Board of Directors since June 2004.

Charles Horan has lived in Alaska since 1973 and currently resides in Sitka. Charles is the sole owner of Horan andCompany, LLC which has been providing commercial and residential property appraisals around the southeast for more than 25 years. Charles is a founding member of Sitka Trail Works and Sawmill Cove industrial board. He is an active member of the Catholic Church where he teaches CCD on and off and assists with the high school program. Charles is married and has two grown children and one grandchild. Charles has been on the CCS board since January 2013.

After graduating from Georgetown University in 1973 and Harvard University Law School in 1976, Father Pat practiced law for almost eleven years as an attorney for the Federal Government in Washington DC and Alaska.  He then entered the seminary, and received degrees in theology and canon law from the Pontifical Gregorian University in Rome.  Since ordination to the priesthood in July 1993, he has served at parishes in Juneau, Petersburg, and Ketchikan, Alaska, as well as in the diocesan chancery.  Father Pat has been pastor of Holy Name since November 2015. He serves as Diocesan Administrator and judicial vicar of the Catholic Diocese of Juneau. 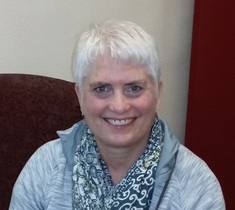 My name is Lori Ortiz, and I am a board member residing in Ketchikan, our most southern Catholic Community Services location. As a member of Holy Name Catholic Church for the past three decades, I have been familiar with the good work of CCS for a long time.  After I joined the board in December of 2014, I discovered an even greater range of vital services offered by this humble organization.  I bring to the board a link to the community of Ketchikan and the surrounding rural areas.
I have been an educator in SE Alaska since I arrived in 1984. My first teaching position in Alaska was that of an itinerant special education teacher. I had a unique position of traveling by floatplane from one small logging camp school to the next. Later, I taught in a traditional elementary classroom in Ketchikan, but a majority of my career has been in the area of special education. With this background, I can help our board address issues important to citizens with disabilities, and issues related to families and children. My work related strengths include the ability to be a good listener, and the willingness to think outside of the box to find creative ways to solve problems. I am an ideas person, a writer, and a life long learner. I hope to assist our CCS management with public relations and fund raising ideas. Ketchikan is a city on an island. Our lives are woven into the fabric of countless other families in community. I promise to represent Ketchikan on this governing board to the best of my ability.
I met my husband Dan in 1984 when he was a young social studies teacher and coach at Ketchikan High School. Dan retired last year and was recently elected to represent District 36 for Ketchikan, Metlakatla, Hyder, Hydaburg , Saxman, Myers Chuck, and Wrangell in the State House of Representatives.  We have three young adult children, Molly, Lucy and Sam, who are finishing college and starting careers across the country from Virginia to Washington State.  I grew up in Wisconsin, but Ketchikan has definitely become my home. My community and the greater area of Southeast Alaska have been the source of countless blessings in my life. I am happy to give back to the people in these communities, by way of dedicating my service to this board. 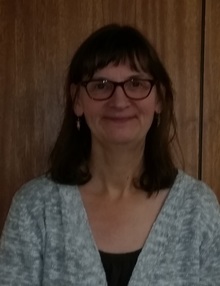 Maria Lisowski is a thirty year resident of Southeast Alaska. She is currently the Director of Planning and Budget for the Alaska Region of the U. S. Forest Service. She oversees an annual budget of $90 million and a land management planning program that focuses on sustainable management of resources located on nearly 23 million acres of federal land, while also providing for economic development opportunities for rural communities throughout Southeast and South Central Alaska. Previously Ms. Lisowski practiced law for nearly twenty years, focusing on government contracting, real property transactions, and administrative regulation. She is a life-long member of the Catholic Church and has volunteered and contributed to many community service programs in her hometown of Juneau, Alaska. 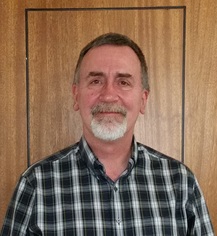 Michael Monagle
​Michael Monagle is a 3rd generation Alaska, born in Juneau, graduated from Sitka High School, and attended the University of Oregon and Portland State.
After working in the private sector for 13 years in retail management, Mike took a position in the public sector with the State of Alaska in 1990. After 25 years of service, he retired in June 2015.  He served as the Director of the Division of Workers’ Compensation from July 2010 to June 2015. In June 2015, he was hired as the Business Manager for the Diocese of Juneau where he currently works.
Mike’s Catholic identity is central to his life. He was ordained a deacon in the Catholic Church in August 2014.  He has been on the CCS Board since October 2015.